Breaking News: The Dong Open Air stage will be an open-air stage, just like in 2001 when the festival first took place!

Admittedly, we recently noticed that “open air” appears to be in the name of this event. Parts of the Dong team reacted a little more along the lines of Garth in Wayne's World, stating “we fear change!” when presented with the idea.

But just like there were good reasons for a tent stage in the past, there were also great ones to go back out in the open this time.

Until 2019, nothing could be set up until the tent had been raised. Any proper plans for the festival set up were on the verge of toppling when the tent companies couldn't deliver in time or critical equipment for the tent construction failed.

This, there was a cost explosion for the tent as such, adding to the numerous uncertainties if the tent would be considered “outdoor” or “indoor” in terms of pandemic regulations.

Then again, we also had the beautiful experience of the 2020 and 2021 Moshbox stage. This open-air area just fit so perfectly into the panorama of the Dong hill and was so well received by the audience, we used it as a blueprint for a solution of the abovementioned problems.

So not only will we have an open-air stage, but the stage as such and all of the backstage area will move towards the southern hill top towards the Hallenhaus construction. The stage will be a little further South than it used to be during the moshbox shows.

This opens up the grand panorama, lots of space for the audience, but also more seating options than previously in our beer garten.
Find more info of what to expect in the attached map. 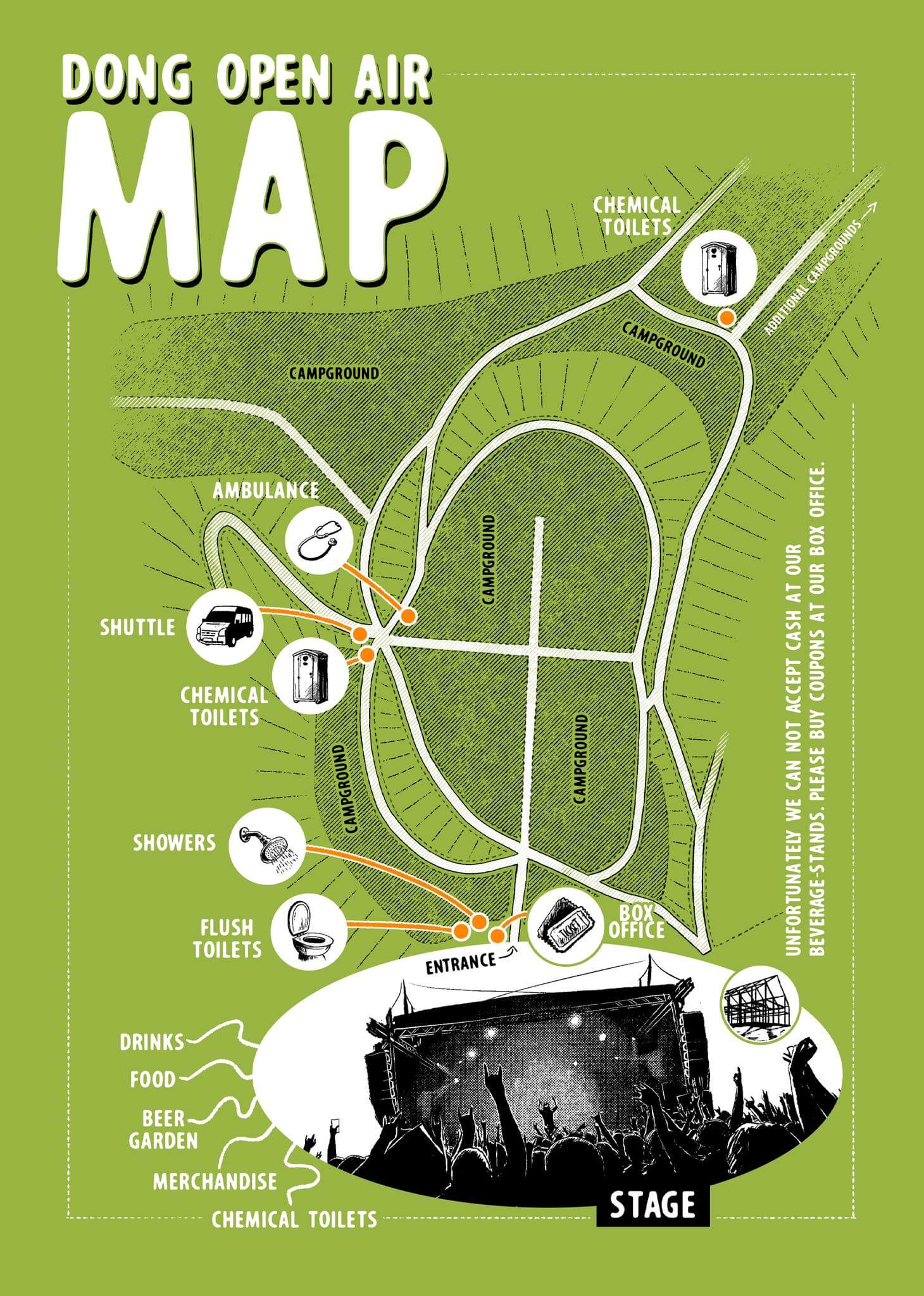 And if you still have not quite made it out of the “we fear change” mode yet, check out how – and with what kind of stage – Wayne's World concludes!

This will be great!
Your Dong Team