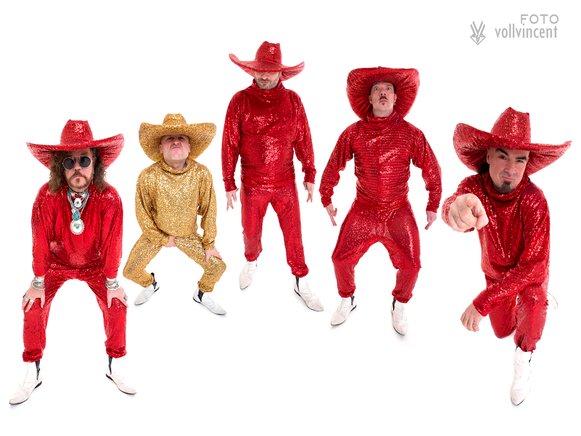 Stumpen once said, if he wasn’t part of Knorkator, he probably couldn’t deal with their music. Lucky, I guess! What would we have missed?! For example, ten albums with lyrics, which according to Stumpen mainly don’t consist of mundane, simple shit”, but “real shit”. Also, live shows with flying vegetarian snacks, crowdsurfer long cast and softball tennis interludes (on stage). And of course the beautiful headline “Who let these lunatics on TV?” in the yellow press after the preliminaries of the German preselection of the Eurovision Song Contest 2000.

According to Alf, the other band, in which him and Stumpen did already play together in the 80s, was “shit”, or “not so bad for Eastern Germany,” so he left the band after just a couple of months. (Alf: “Too bad.”) So the two had to break up to find each other once again. How beautiful will it be, when they come together at the Dong ten years after the last time!? 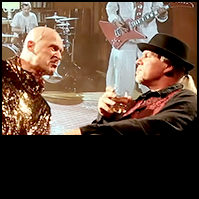