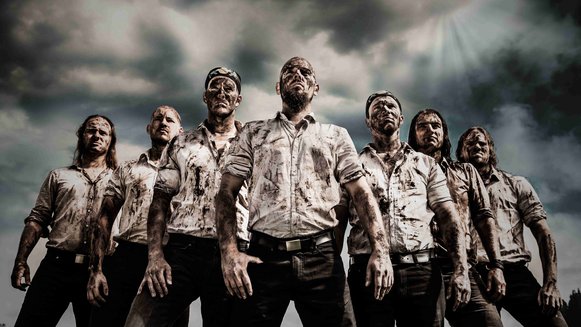 Finsterforst are probably the bravest band on this year’s Dong line up! Since 2006, the guys from the Black Forest have been presenting their pagan metal with strong black metal influences on their first five albums and EPs. The Their cozy, yet pulsing songs, which despite the use of the accordion do not come across as very playful, bear witness of their unique style, as do their album titles „Wiege der Finsternis“ (cradle of darkness) und „… zum Tode hin“ (towards death).

For ten years, the band worked hard on creating a loyal fanbase, who were in for a tough test in 2016. “#YØLØ” was released and delivered what Mc Fitti’s face on the cover promised: Apart from their own productions, which praised the Lord of Swag, there were also six cover songs of Miley Cyrus, KIZ or Die Kassierer as a swift move towards fun metal. It really didn’t hurt their overall perception, as the success of their following, more conventionally produced album “Zerfall” (ruin) – including an epic title song – proved when it was their first record to make it to the billboard charts. And in 2020, the finster foresters will grab their axe at the Dong! 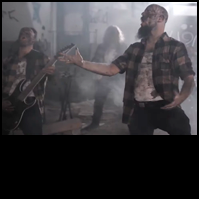