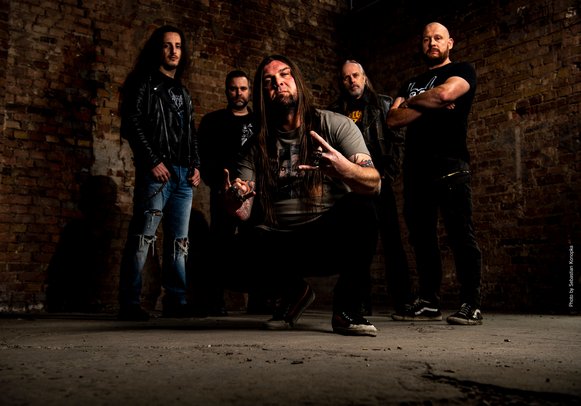 To new horizons they say – and they did for Makka and Bernemann when Tom Angelripper decided to reset the band lineup of Sodom two years ago. Without much ado, the two thrash veterans founded a new combo with Sodom guitar techs Chris Tsitis and Marc Hausschild with Ingo Bajonczak (Assassin) on the mic. And thus, Bonded were born. Their debut album “Rest in Violence”, which hit the billboard charts in January, the Teutons threw their hat in the ring, making clear they still had a few things to say for themselves!

Pulsing blast beats, sawing riffs, and aggressive vocals – the thoroughbred musicians leave nothing to be desired. The guys manage to go full throttle without going bland, a skill you can observe in the sociocritical “Je suis Charlie” or the neck muscle blasting “Godgiven.” It’s about time for a decent circle pit, Bonded ask for the pleasure of the next dance! 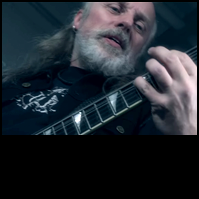