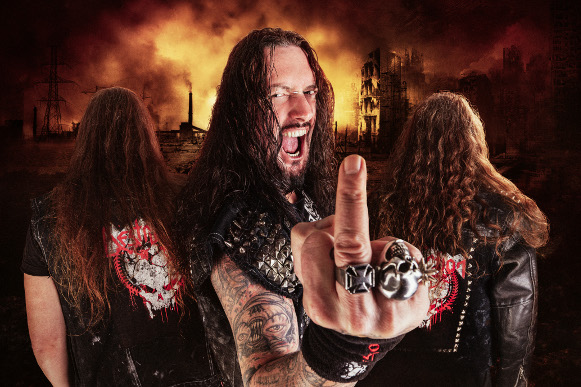 With their 36 years of band history, Destruction are not only among the oldest German thrash metal combos. The German wrecking ball from Weil on the Rhine makes up the Big Teutonic 4 alongside Sodom, Kreator and the thirsty Tankard. Early on, the merciless trio made themselves a name and played it up in the black metal scene with their Satanic allusions. Today, records like “Infernal Overkill,” “Eternal Devastation,” and “The Antichrist” belong on any self-respecting metalhead’s shelves.

Their brandnew album “Under Attack” is another testament that the showcase thrashers are still not ready to retire. A typical destruction live show must feature the legendary Mad Butcher whose performance usually includes shreds of meat and blood flying across the stage. It doesn’t matter if the concert takes place on a festival or in club, wherever Destruction show up, the grounds are singed. And all that is left after a gig, besides debris and ashes, are a horde of metalheads baptized by fire! 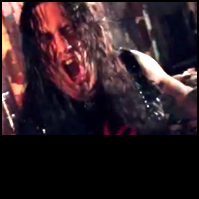